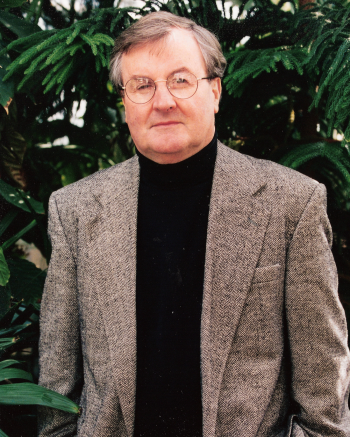 Denis spent six years as Senior Plant Pathologist in Victoria, Australia and came to Iowa State in 1978 after spending two years at the University of Maine. He is one of the few seed pathologists in the country. His special interests are in epidemiology, control, and seed health testing technology. Housed in the Seed Science Center, Denis has broadened the scope of seed program of pathogen epidemiology, improved detection methods of seed-borne pathogens, and improved seed storability. McGee has traveled widely in his professional capacity, including Europe, India, and Australia. He was Associate Editor of Plant Disease from 1984-1987. His book (McGee, 1988) on maize diseases as a reference for seed technologists was followed by a companion volume on soybeans (McGee, 1992).